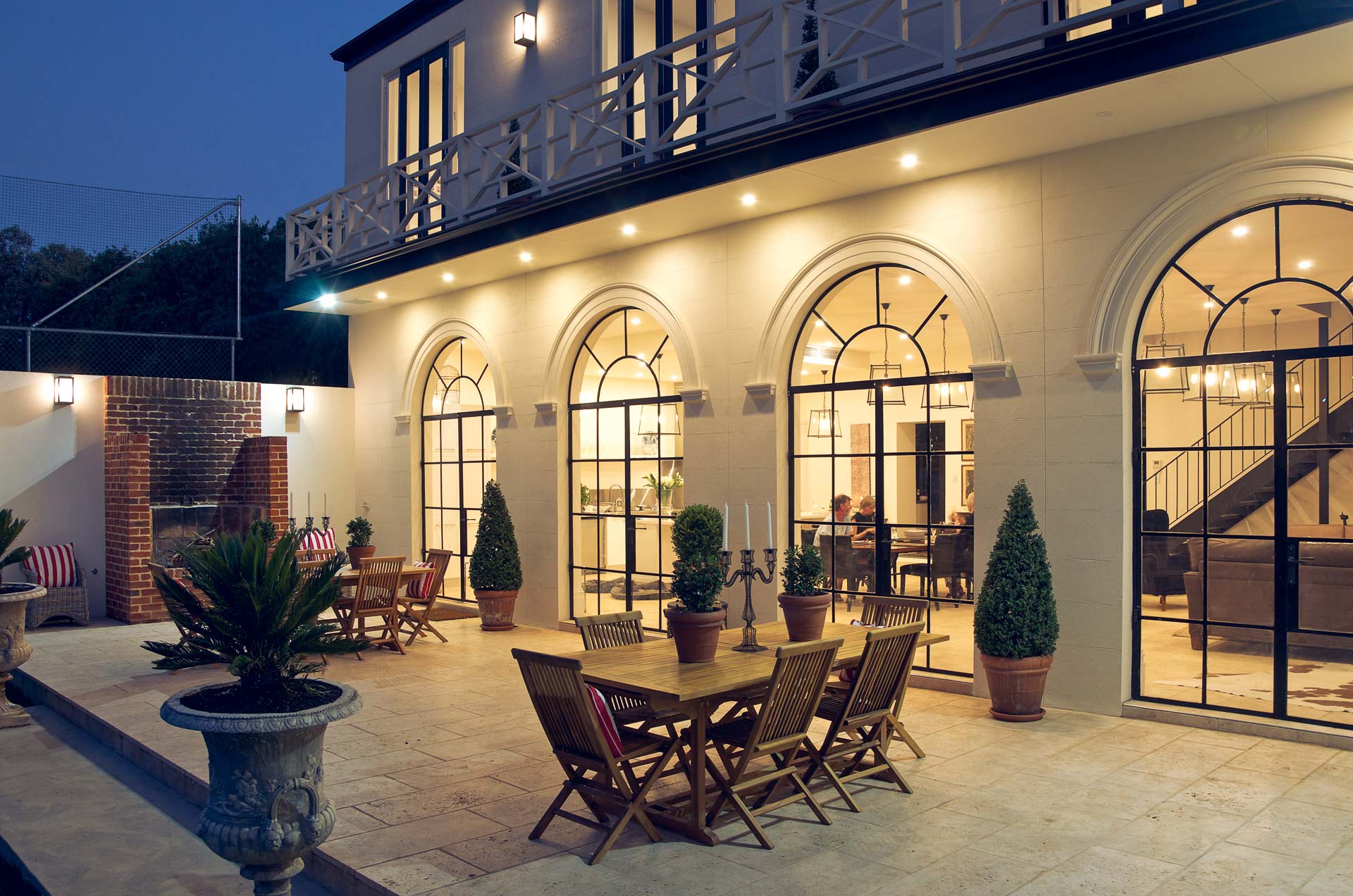 The Malvern Residence was purchased by its new owners in 2011 as a long-term renovation project. Originally dubbed “Tanbury” by its first owner and civic founder Edmund Trimmer, the building’s rich history included use as a boarding lodge in the early 1920’s and it had come to be affectionately known as “The haunted house” by generations of locals due to its state of disrepair and imposing central tower overlooking the street.

Marshall & Brougham began renovations almost immediately, stripping the contents of four separate internal flats, their long-neglected kitchens, bathrooms and internal fittings. By demolishing many of the internal brick walls and re-opening access points, the building was returned to its original status as a single dwelling. Great care was taken in ensuring all original features were faithfully restored, including floorboards, doors, cornices and architraves.

New building works involved the removal of three large pepper trees from the back of the residence, as well as decrepit shed and out building structures. A 2 storey symmetrical extension was added with a spectacular new kitchen, terrace, swimming pool and additional upstairs accommodation. As a result of the new works, approximately 300 square metres of living space has been added.

The building’s former magnificence has been restored and it is central to a variety of important community activities, as it would have been almost 140 years ago.